With a baby due in a few months and my wife leaving her job, I had to become more realistic about earning a living. I started working three days a week for my friend Mike, a high class joiner and furniture maker. I gave up smoking and cycled the twelve-mile round trip to his workshop and back, whatever the weather, and became very fit. His work pace was faster than I was accustomed to but I soon adapted. It also involved a fair bit of machining, but I enjoyed it nonetheless. I learned a lot about making bespoke doors and windows for local cottages or barn conversions, solid wood kitchens and furniture. 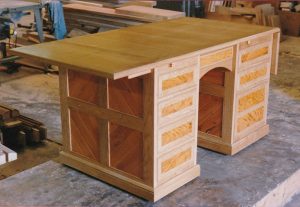 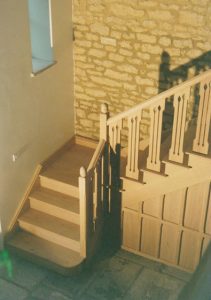 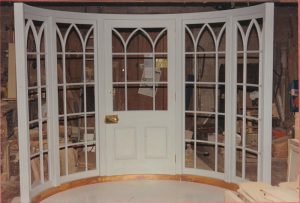 I continued to share Pete’s workshop for my own work as I was now getting commissions for pieces ranging from a bear carved in walnut, cabinets for a butterfly farm, household furniture and repairs to antiques.

Once our son was born, in June 1990, I continued working with Mike but spent more time at home to share in the parenting and, as soon as she felt able, my wife took a part time job to have a break from mothering.

Over the years we gradually transformed our garden into fruit and vegetable plots and a tree nursery. After a while, it no longer seemed big enough for all the trees and food we wanted to grow, so we began contemplating buying some land. However, the Somerset town where we lived was being absorbed into the London commuter belt; property prices soared and the roads became increasingly busy. Thus we decided to move somewhere land was cheaper, so in 1994 we sold up and rented a chalet in the picturesque seaside village of Portmahomack in the Highlands of Scotland. I soon found odd woodworking jobs to fit in around my wife’s part time work and we began house-hunting. 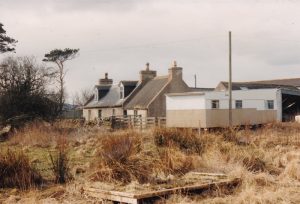 A few months later we bought an abandoned former croft house with 1.75 acres of abused and neglected land. We purchased an ancient static caravan, refurbished it and, in June 1995, moved onto our new plot ready to renovate the house and bring life back to the land.

Any cookies that may not be particularly necessary for the website to function and is used specifically to collect user personal data via analytics, ads, other embedded contents are termed as non-necessary cookies. It is mandatory to procure user consent prior to running these cookies on your website.